Can convert exr to jpg using djv_converter.exe (part of the http://djv.sourceforge.net/ )

Ability to load custom render settings preset for baking. It reverts back to old preset. 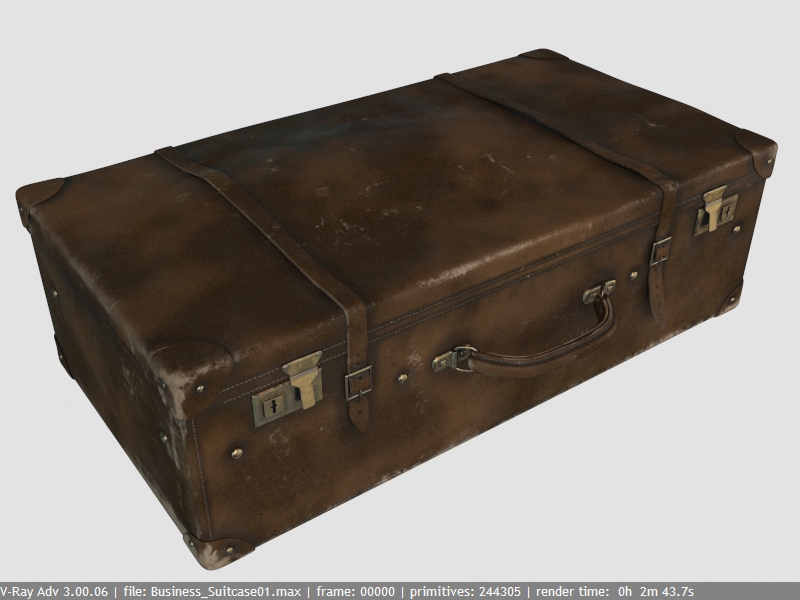 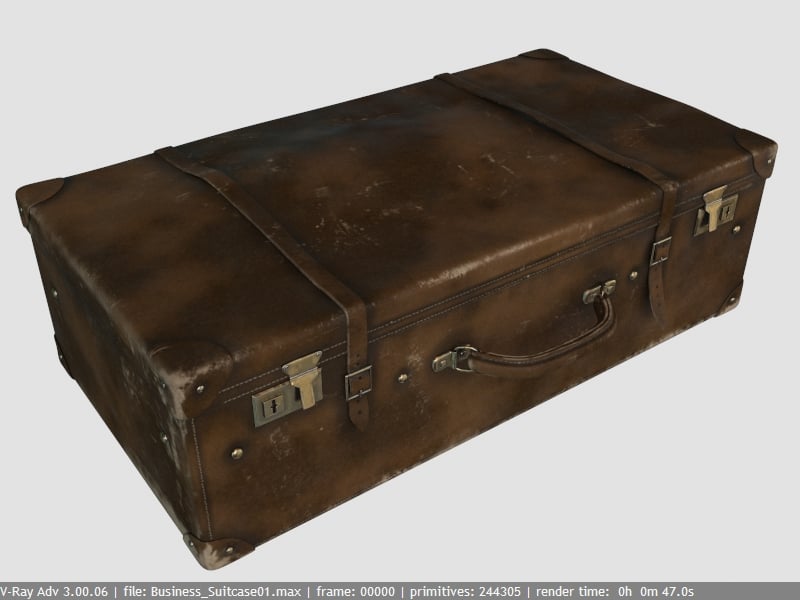 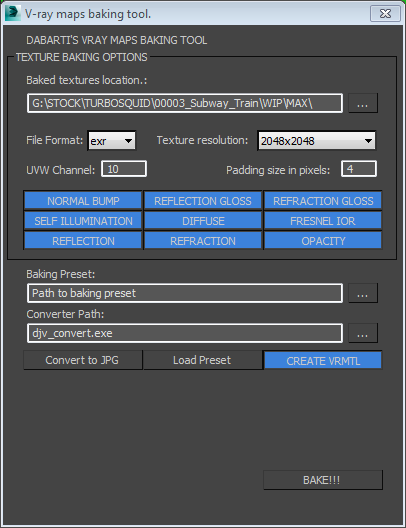 – Renders faster. When all this mess is baked into maps, you get simplified result that in general render faster.

– Easier to share. This also opens up options to convert your shader to VRMat and use it in Maya / Modo etc.

– More flexibility. Baked maps could be used for other things like exporting model to real time engine or other renderers.

Select model you want to bake textures from. Choose only maps that you need (right click to deselect all). Make sure you have correct mapping channel selected.

If you want to use different rendering settings for baking, create preset and assign it in the script. It will use it at render time and reload previous settings at the end.

djv_converter and Convert to JPG are there in case you have issues with JPG gamma after rendering.  It will convert default baking format (exr) to JPG after baking is finished and use them to create VRayMtl

This Script is free of charge. I just hope it will help your pipleline in the way it helps us. You can modify it, but please let me know and share your code. So we can improve it further. Just remember: this Script cannot be resold in anyway.

You can find the script in Category: Dabarti in Customize/Customize User Interface

Fixed: Custom path now is correctly assigned. Before it rendered to wrong directory.
Fixed: Cancelling fixed. Now you can execute script 2 times in a row.

Added: After each segment of baking Cancel popup appears and user has 3 seconds to cancel execution.
Fixed: Checking for existing channel.